You may think you know the Forbidden City, but there’s always more to discover. Here, we highlight 10 secrets to delight and surprise even the most enthusiastic Museum fan. Maybe you knew it all already? If you did, you probably work here already…

1. Why there is no tree in the outer court? 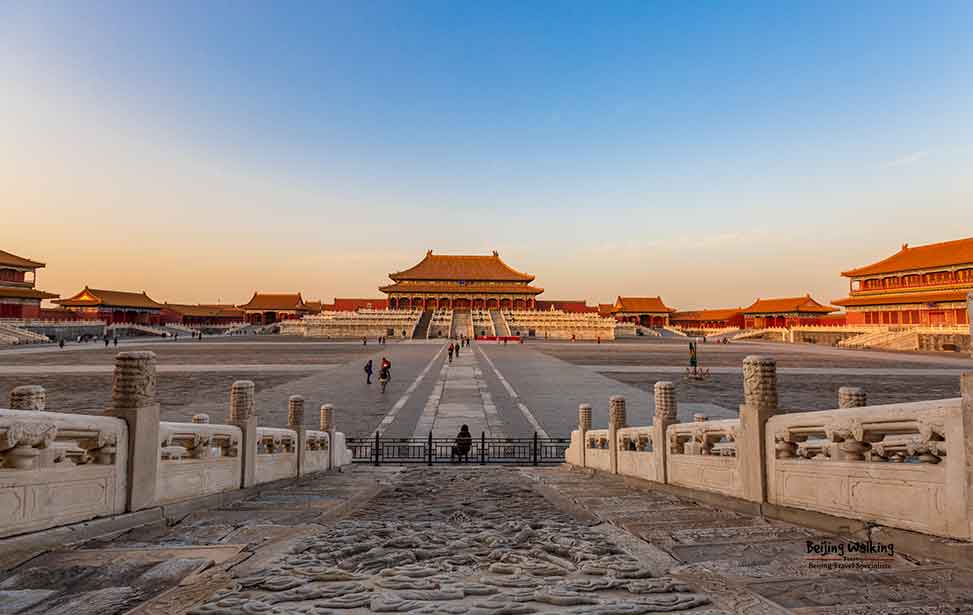 When you get into the Square of the supreme harmony, you will find the huge square without trees. Because in China, the words “困” means trap, it is a tree inside a square and surrounded by walls from 4 directions. The emperor doesn’t want himself in a trap, so trees are not allowed to be here.

Another reason is this design can show the emperor’s authority. The Forbidden city only opens to the high officials to pay respect to the emperor, the design here is more like a place where god lives. No trees in heaven, and no trees here. 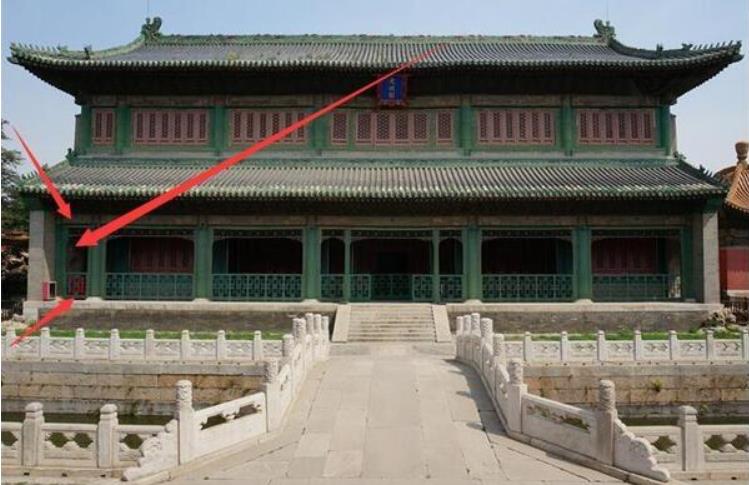 The design of 9999 rooms, is because the god from Taoism — the Jade emperor, lives in the palace with 10000 rooms, by showing respect to the god, the emperor makes his palace 1 room less than the god.

But the imperial library had the most important books, the palace all made of wood, it was easy to catch fire by lighting or people. The buildings are always with an odd number of rooms, such as 9, 7, 5. This building should be built with 5 rooms, but number 6 has the meaning of fire protection. So the half room was made. Not break the rule for the construction, but stop the fire. 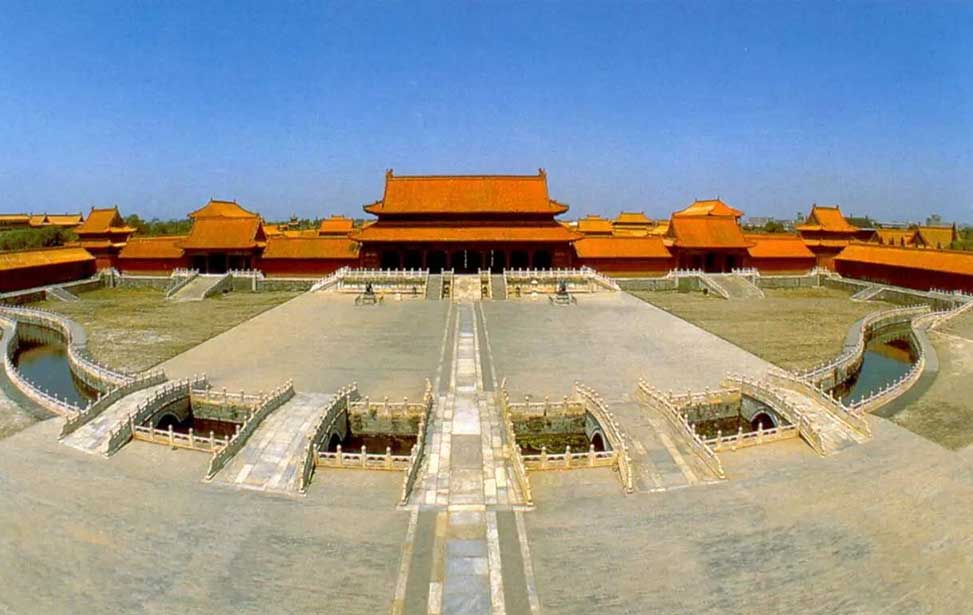 There are a lot of Fengshui sayings in China. The emperor especially likes it. When we go inside the Forbidden City, we will first get to a beautiful bridge which is called the golden water bridge. The shape of it is like the arrow bow, and the bridges are like the arrows to protect the emperor who lives and works inside. 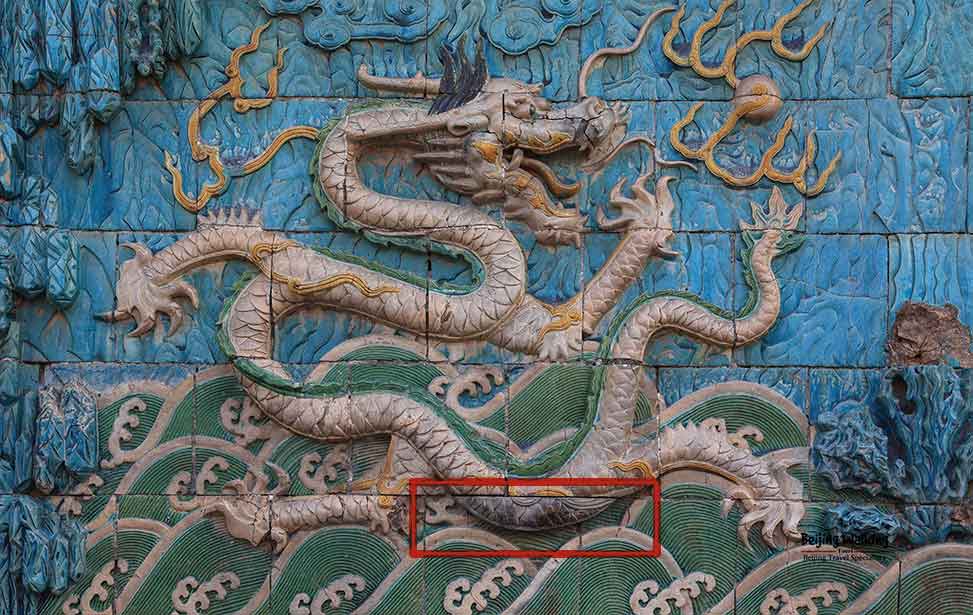 Inside the 9 dragon screen, there is a dragon that has a wood body and the others are all glazed tiles. The emperor Qianlong plans to move to this palace for his retirement life. All the materials are well designed before moved here. A few days before the project finish when the works are focusing on their walk, suddenly a glazed tile fall down and break. The emperor will check this in 2 days if he found the screen is not finished and break like this, all the artist and works would be heavily punished. There s not enough time to make the same tile in such a short time, so one of the chief artists use 2 days and make a wood tile, it looks exactly the same as the original one. So the emperor didn’t found this and it stayed like this till today.

5. All the water vase has a hole in the button, why? 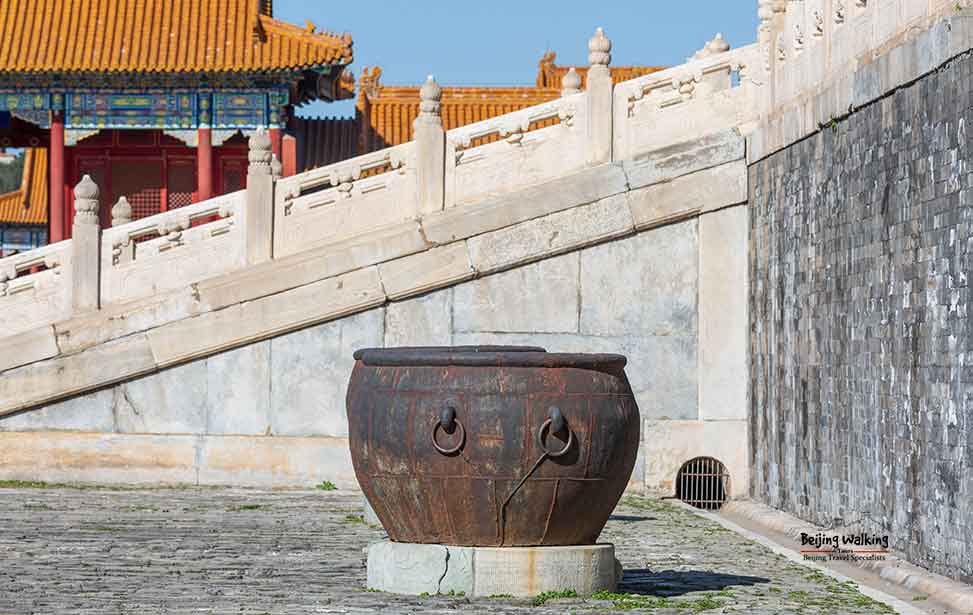 There are 308 vats inside the Forbidden City. All the buildings inside were wood structures, so fire protection was very important. This kind of vats almost everywhere in the Forbidden City. As Beijing is cold in winter, so there is a hole at the bottom, it was for burning the coal to make the water liquid. But when you look inside, all the vats have a hole in the middle, why? Because the Forbidden City has a modern firefighter group, so the old way was not needed anymore. It was easy to have mosquitoes after rain in the summer, so people make a hole to draw off the water.

There always lions in front of the imperial buildings and temples. Some people may be told you the one on the right with a ball in hand is a male lion, symbolize the man control the power. The lion on the left with the baby in hand is a female, which symbolizes the woman’s job is to have more babies. But when you watch carefully, you will be surprised by this: 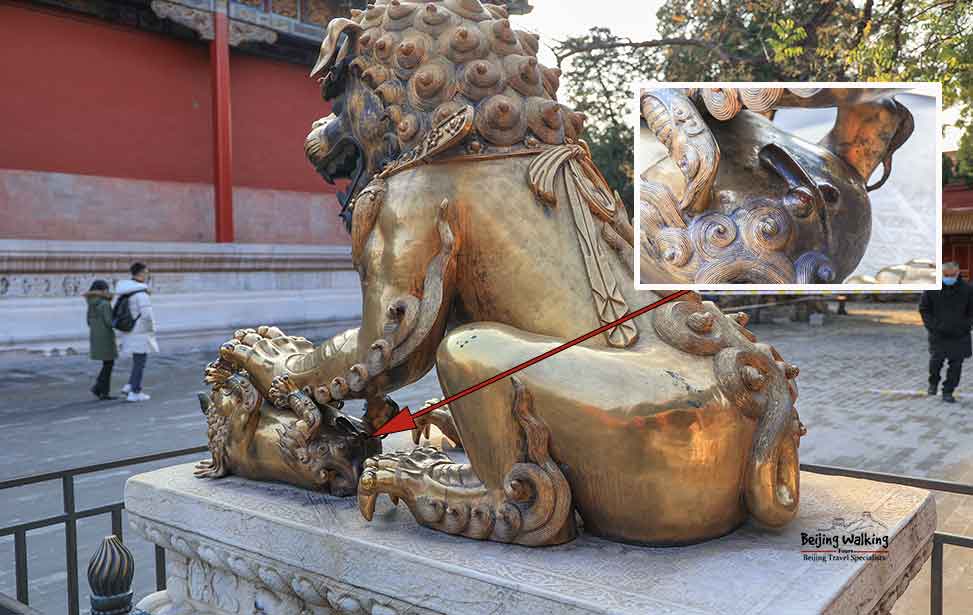 This means all the baby lions are boys. That’s to say people like boys and boys can keep their family name. But it is not the same today, boy and girl are the same. Don’t forget to check this when you travel here.

7. The scratch bronze vase tells us a corruption history 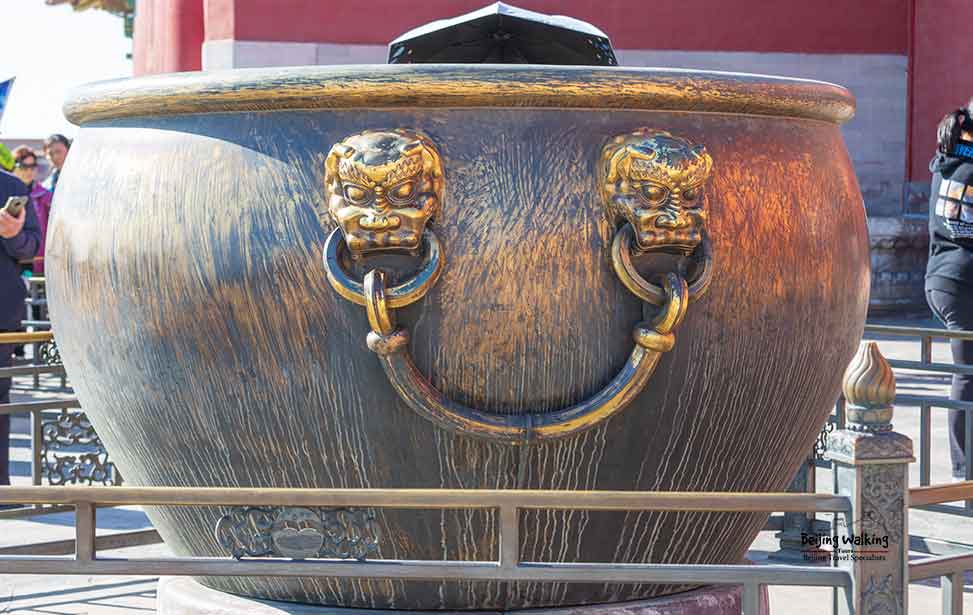 As the vats are for fire, by showing off the great power of the empire, Emperor Qianlong from the Qing dynasty made 18 gold vats display by the Hall of Supreme harmony. But the emperor didn’t know that the gold he planned to use was corrupted by his favorite official — Heshen. Heshen uses a very good gold plating technology, make the vats look exactly the same as the real gold.

But in 1900, Bejing was conquered by the western invaders. The soldiers can’t take the big vats with them, so they decided to break them and take away. Finally, they found they are not real gold vats, so they scratch the gold and take away only left the bronze vates here till today.

8. The doorsills are cut off by the last emperor Puyi 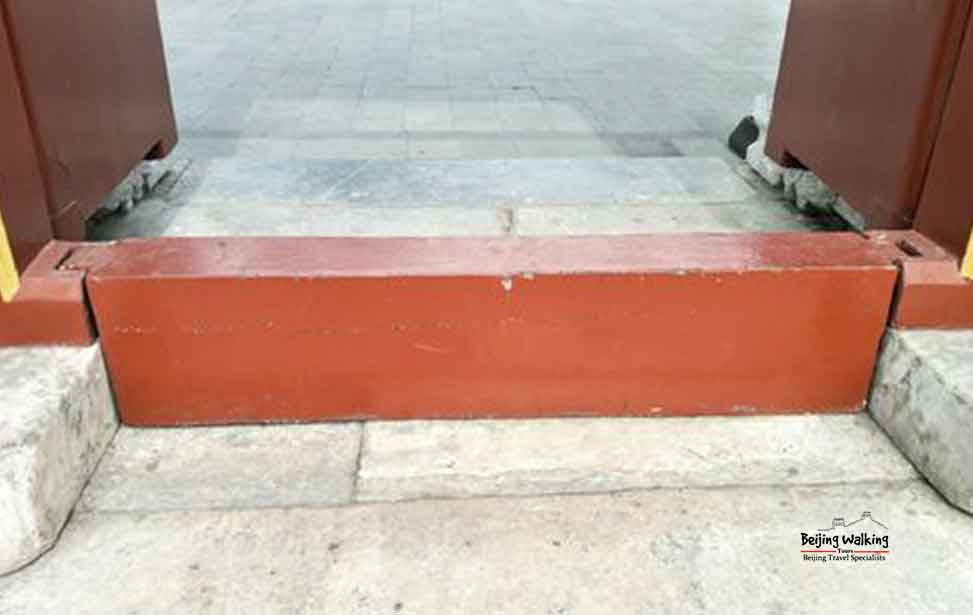 The doorsills are very important in Chinese culture. It is symbolized the social status of the family. Especially, in the Forbidden City, there are plenty of doorsills and all of them are quite high. The hight was also regulated by the government.

Buy when you visit the 6 western palaces in the inner court of the Forbidden City, you may find some of the doorsills like this.

This is because the last Emperor Puyi wants to ride his bike, so he asks people to cut them off. This makes the imperial family super angry. So Puyi has to keep the doorsills. After he rides the bike, the servents put these doorsills back.

There is a very special building inside the Forbidden City at the Yanxi Palace. It is a western-style house but not finish.

The palace life was very boring, especial for Puyi and his wives. They were not allowed to go out. But the imperial family worried about 1 day if the government expels Puyi, he can go to the UK for political asylum.  So the western culture was brought in by his English teacher. All the imperial family starts to pursue and learning everything from the west.

Their family still rich back then, so a western-style water park was starting to build here. But unfortunately, Puyi was expelled in 1924 and the water park was not finished yet. So we can only see this ruin today. 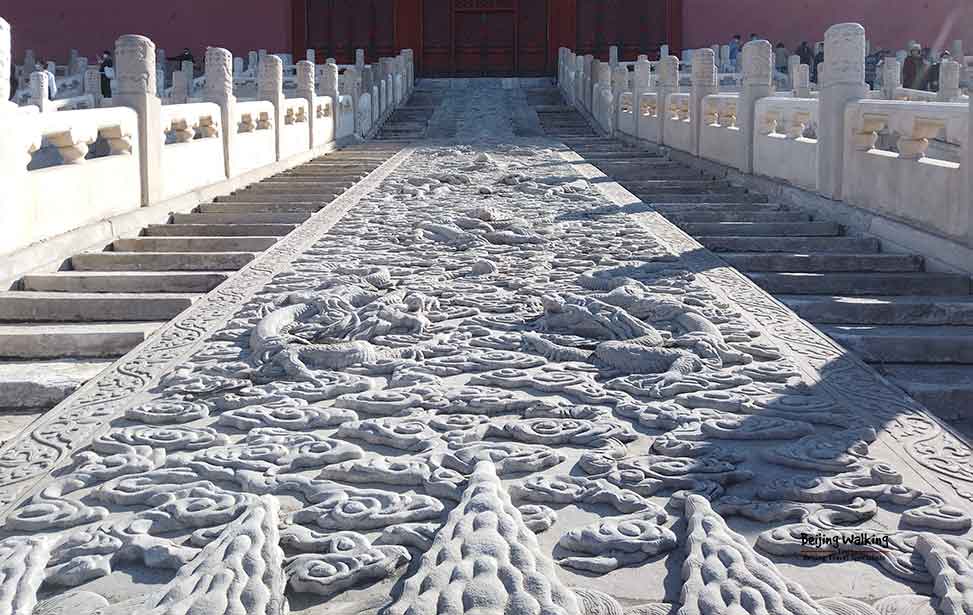 This rock is located on the north side of the Hall of Preserving Harmony. This job only can be done in winter, thousands of water wells were dug on the way, people pure the water on the road, after the water frozen, then put the wood bars on the road to make the rock slid to Bejing. It is a single piece of rock over 200 tons. It took 20000 people and 1000 mule 28 days to move it to the forbidden city from 80 km away.