When you get into this post, you must read quite something about the Great Wall of China and know some of the facts about her. But after deep research and work on the Great Wall, I conclude the Top 15 Great Wall Facts you probably don’t know. 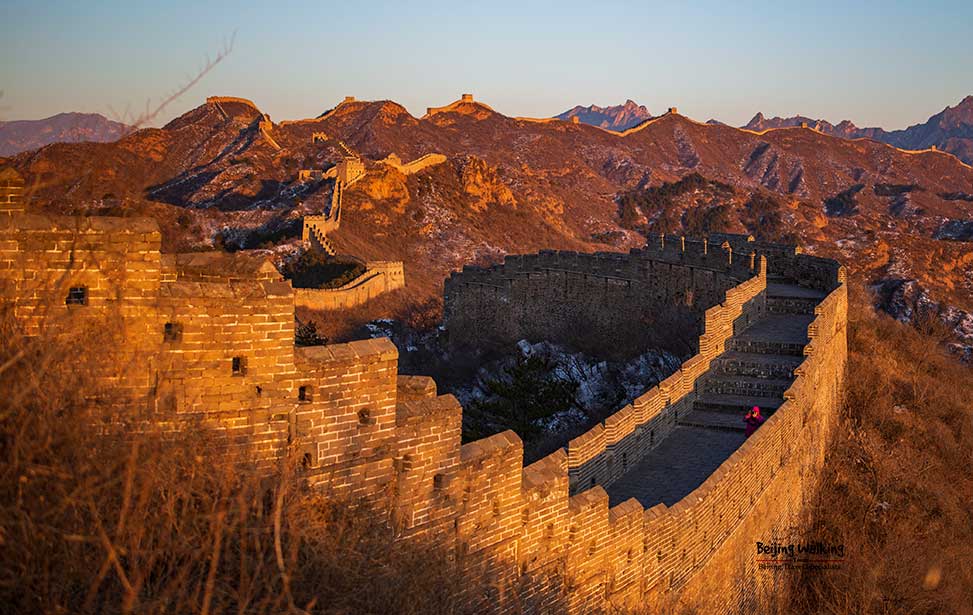 Most people believe that the Great Wall’s history can be ascended back to 200 BC. But most of the wall from that time or later is only some mounds of dirt today. The Wall we see is from the Ming Dynasty with the masonry structure about 500 years old.

The Great Wall originally is not built to defend the Mongolians

The first Emperor Qin Shihuang decided to unite all the walls together in 210BC.  But the Mongolians appear around 800AD and get strong in Genghis Khan’s reign(1206-1227). So the Great Wall originally is not built to defend the Mongolians, it was to defend the Huns.

You can’t see the Great Wall from the moon

American illustrator Robert Ripley made a great fortune by the Believe it or not. He said Great Wall is the only manmade project you can see from the moon. No one can prove it right or wrong since it was 30 years before human beings go into space. But with modern technology and the experience of astronauts, it is believed that people can’t see the Great Wall from Space as well as on the moon without any other assistive tools.

There is no dead body in the wall

The emperor Qin Shihuang was a tyrant, so the writer of the Records of the Historian Shi Maqian put this to insinuate his own emperor. But there is no evidence that can prove there is a dead body been buried inside the Great Wall till today.

It is not only one wall

The number  21,196.18 km is the official length of the Great Wall. But the border of  China from 4 directions is 22800 km, and the wall was only built in North China. The truth is there are many Great Walls goes overlapped or parallel. For example, in the north of Beijing, there is a Guangou valley which is an important road leading to Beijing. There lays Juyongguan Great Wall, Shuiguan Great Wall, and Badaling Great Wall. 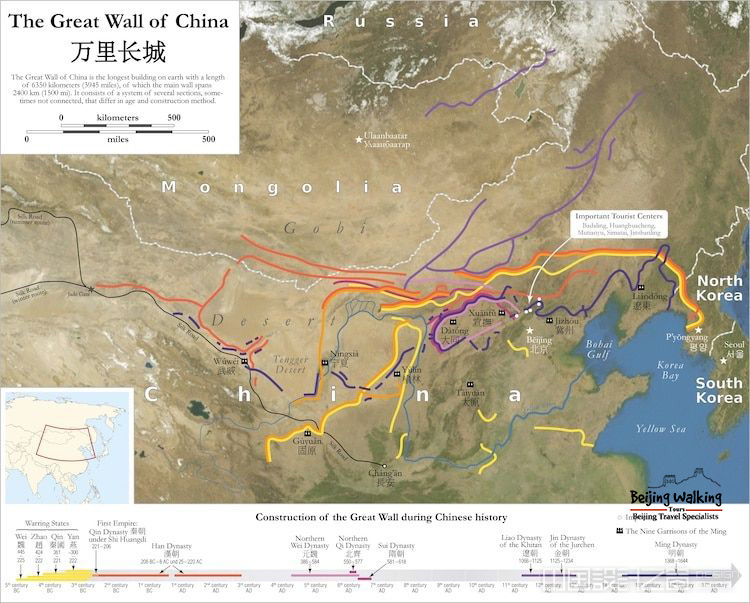 It is not only  the wall

The Wall built by the landform sometimes can be a huge mountain or a big river. There is a lot of cities on the Great Wall where there are temples, warehouses, and house for the soldier’s families as well. There are millions of watchtowers and beacon towers that make the great defense system.

Why the strong Chinese empires built the Great Wall?

China is an old country with a long history and many strong empires. But the funny thing is only the strong empires endeavor on the Great Wall construction such as Qin, Han, and Ming Dynasties. Is there a better way to stop the invaders? It is not a coincidence, all of the 3 dynasties had organized massive wars to kill the Huns or the Mongolians, but all stopped and came back to build the Great Wall. They may run out of supplies, may not adapt to the cold Siberian climate.

The war is always with a goal, the most important is to get more resources. The Mongolians were so poor and had nothing to lose. If they get an opportunity to rob a Chinese city they would do this adventure at any price. But the Chinese empires are very strong and rich, they can’t get enough resources to compare with the cost, the war is not worth it. So the emperors prefer built a wall to stop the enemies out and enjoy their luxurious life inside.

Qin Shihuang is not the first one who built Great Wall

500 years before Qin Shihuang unit China (211 BC), all the states in the north have their own long wall built for defense. They are Qi, Chu, Yan, Han, Zhao, Wei, Qin. Emperor Qin Shihuang decided to unite all the walls together. So the 5000 km long wall came into being.

The Tang Dynasty was very strong and rich and use marriage to built super good relationships with all the ethnic groups around China. So the wall was not necessary. Song Dynasty didn’t really control the north part of China, so the border of the Song Dynasty is far away from the Great Wall. Yuan Dynasty is founded by Mongolians, so there is no need for the Great Wall.

Construction of the  Great Wall stop at 1644

The Ming Dynasty spend 200 years building the Great Wall from the Yalv river in the east to Jiayu Pass in the west, it is 8851 km long. But it didn’t work when the Qing army came. So after 1644, there is no construction for military purposes anymore.

The cement of the Great Wall is made from sticky rice

Put the sticky rice powder into the loess make the cement got popular in the Song Dynasty. So it is large-scale used in the Ming Dynasty especially on the Great Wall.

Was the Great Wall built by slaves？

The slavery system end in 476 BC in China. The Great Wall was built by the soldiers, farmers, and prisoners of war. The corvee and other tax make the farmers live a tough life, they have to follow the king’s wills.

The Great Wall is disappearing 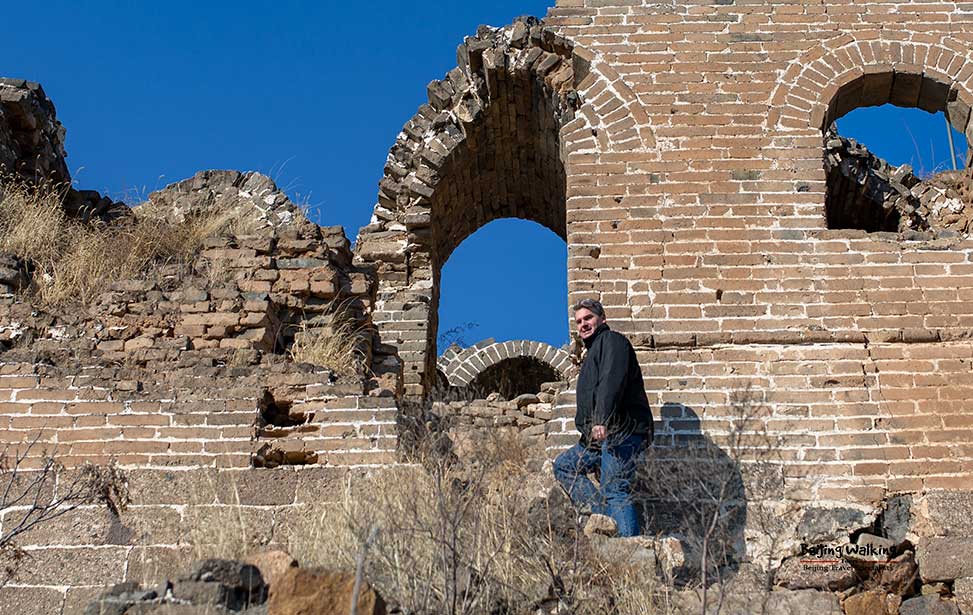 Did the Great Wall of China Work?

It never worked at the important battlefield. The invaders always can find a week point to get through. But it works when there is a strong army behind. Usually, the nomads just came to rob and run away. So the Great Wall is becoming a warning system.