The Forbidden City is like an encyclopedia that includes so much of the history, architecture, sociology, religions, etc… We have highlighted 11 facts that may surprise you.

General History of the Forbidden City 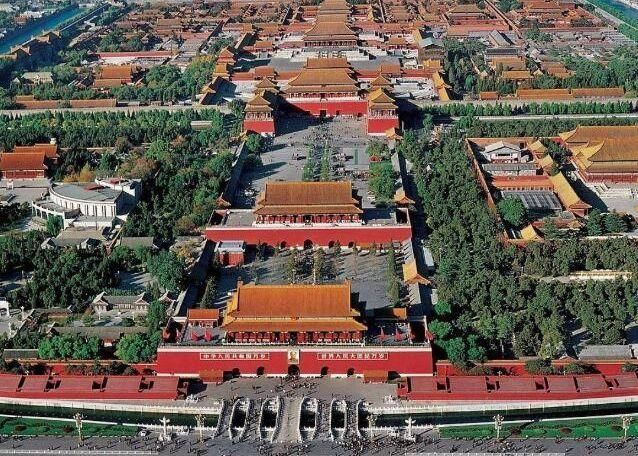 1406 – The Ming Emperor Yongle ordered the capital moved from Nanjing to Beijing. The construction officially started.

1420 – Finished by 230000 artisans and one million civilians. 14 Ming emperors lived and governed the country from the Forbidden City.

1912  – The last Qing emperor Puyi abdicated after 268 years of ruling of the Qing Dynasty. Puyi still lives inside the Forbidden City.

1924 – Puyi was expelled by General Feng Yuxiang from the Forbidden City.

1925 – The Forbidden City was officially open to the public.

1931 – 13000 boxes of cultural relics from the Forbidden City were transferred to South-China to ensure their survival.

1949 – 2972 boxes of the most valuable cultural relics were transferred to Taiwan and exhibited at the Taipei Palace Museum today.

There are 2 Forbidden City in China 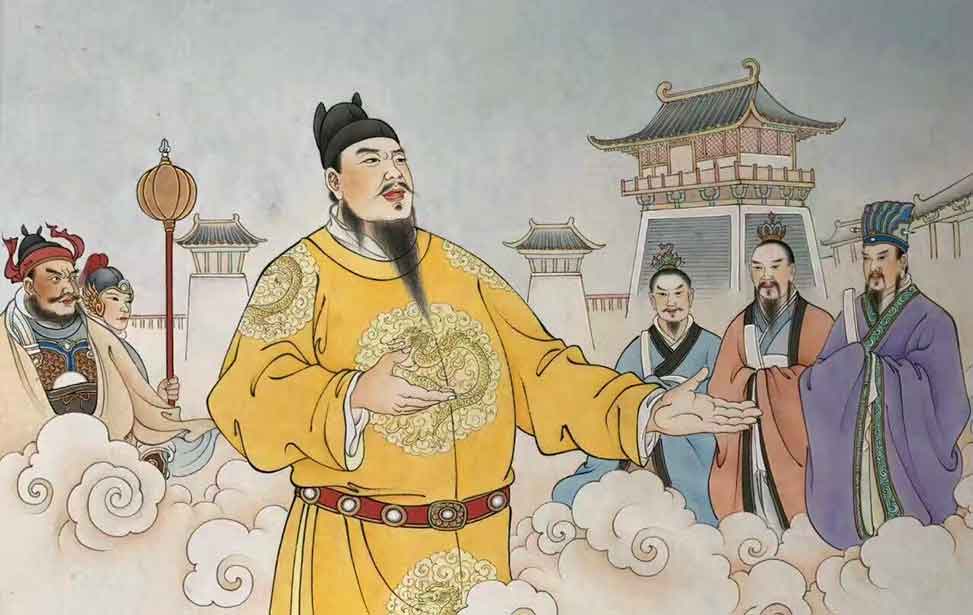 Emperor Yongle whose name is Zhu Di is the 4th Son of the first emperor Zhu Yuanzhang. Zhu Yuanzhang’s oldest son Zhu Biao died young, he passed the throne to his grandson Zhu Yunwen. Zhu Yunwen feared his powerful uncles, so he started cutting the right from his uncles once he became the 2nd emperor of Ming. So Zhu Di had to resist this and win the war in the end. Zhu Di became the new emperor after he conquered the capital Nanjing. He still feels hard to control the old official groups since they consider Zhudi to get the throne in a dirty way.

Emperor Yongle decided to move the capital from Nanjing to Beijing, so a new palace for the emperor had to be built. But Emperor Yongle still keeps Nanjing as the 2nd capital to control South China. So the Forbidden City in Beijing is almost a copy of the Palace in Nanjing.

The Forbidden City gets its name from Religion

China is a country that has Confucianism, Taoism, and Buddhism confluence from the Ming Dynasty. Confucianism is not a religion, but it is the tool to frame attitudes and styles of behaviors,  standard the sense of propriety, justice, integrity, and honor. It is the foundation of Taoism and Buddhism. Both Taoism and Buddhism were supported by the government. They have a lot of similarities on soul purification and guide the way out of the sea of bitterness. From Taoism, there is a Jade emperor who dominates the world. His son gets his will and becomes the emperor of ordinary people. So all Chinese emperors were called the SON OF HEAVEN.

How did the forbidden city get its name? The Forbidden City in Chinese is called “Zi Jin Cheng”. Zi means purple which is the star where the Jade emperor lives（The North Star). “Jin” means forbidden, without the emperor’s permission, no one can get inside the Forbidden City. “Cheng” means a city that tells us the size of the palace.

The Designing philosophy is the divine right of the emperor.  According to Relics and Museology, the design is around the Hall of Supreme harmony. All the important buildings are built on the axis of the Forbidden City to Highlight the imperial power.

It took 11 years to prepare the material the wood and the rocks. The woods are all from the original forest in the high mountains of south China, it said that 1000 in and 500 out. The woods are all store at the foot of the mountain wait for the flood each year. The water can take the big wood out from the mountains. Then boat trackers took it from south to Beijing. The preparation of the rocks also very tough, such as the rock behind the Hall for preserving Harmony, it is a single piece of rock over 200 tons, 20000 people use 28 days to take it to the Forbidden City.

Did slaves build the forbidden city?

Not really. The Ming Dynasty had a mature corvee system. Almost all the farmers had to work for the emperor. That’s the reason millions of people can be organized to build big projects such as the Great Wall of China.

The Secret of Numbers

In the old days, people believed that China has 9 great mountains and 5 big rivers. 9 is the biggest single number and 5 is in the middle which means is perfect for the emperor’s authority philosophy. So 9 and 5 mean the whole world which becomes the number that only belongs to the emperor. For example, all the buildings emperor used to work and live in are 9 rooms long and 5 rooms wide. The 9 dragon screen has 9 dragons, but there are 4 dragon loos exactly the same, so it is also an idea to show the 9-5. There are quite a lot of places you can find 9 and 5 designs.  The length-width ratio is also 9:5.

The number of animals on the top of the roof 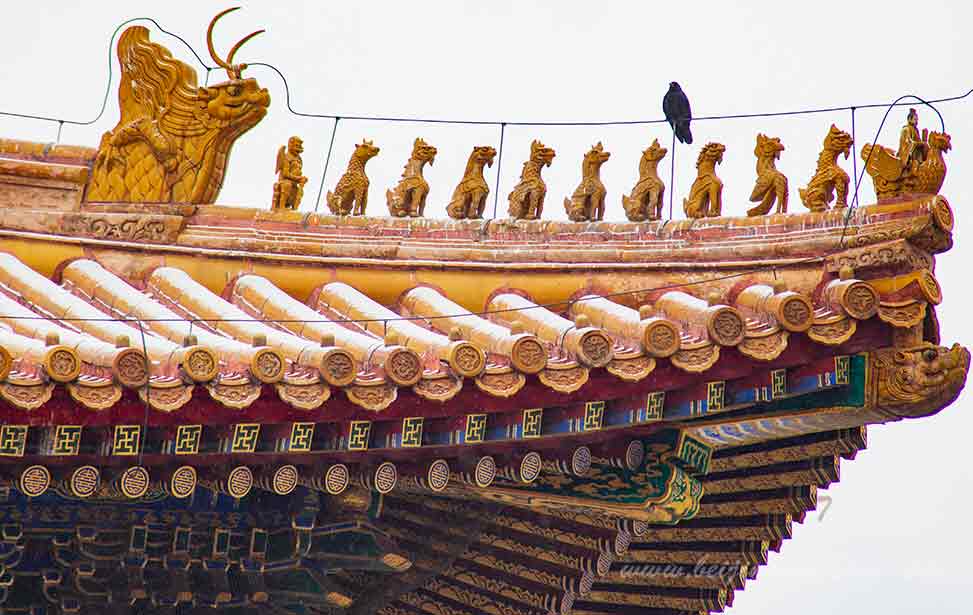 Each building in the Forbidden City has small animals on the roof. The number of animals tells us the ranking of the building. They are all odd numbers except the Hall of supreme harmony. 9 is usually the number for the emperor’s palaces, but the Hall of Supreme Harmony is the key of the Forbidden City, so 10 roof animals are put here to show the importance of the Building. 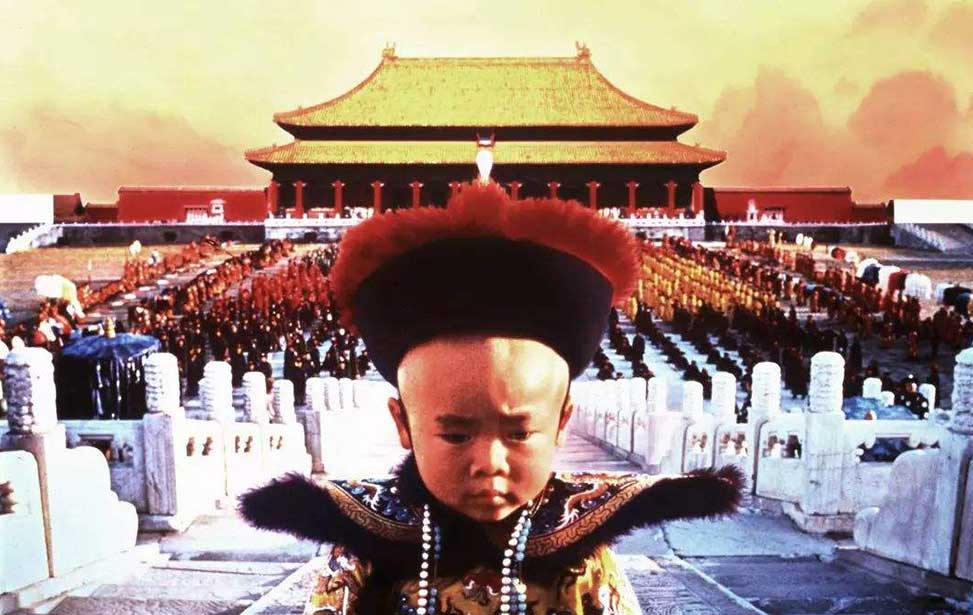 How did the forbidden city impact china?

There are 14 Ming emperors and 1o Qing emperors who live and work in the Forbidden City. The Emperor uses a lot of tools to control the power. For example, use the cabinet system to make the balance of the high officials. Set a lot of spy organizations to monitor the high officials such as Dongchang in the Ming dynasty. Use stereotyped writing for the examination in the selection of talented person so to control people’s thinking.

How many wifes the emperor have?

A lot of people say the Chinese emperor has 3000 wives. That’s maybe the reason people are crazy about the throne.  Traditionally, the emperor can have 1 queen and a lot of concubines.

So the number 3000 also includes all the other palace maids in the Forbidden City. The concubines also have ranked as the officials, if they make the emperor happy such as born a son for the emperor, they can be promoted and get more income.

Eunuchs are the servants of the emperor’s family. Emperor uses Eunuchs to protect their family blood. These people usually from poor families, and getting rich if they are lunch to follow a good master. Some of them even getting very powerful after they get trust from the emperor. The number of Eunuchs in the Ming dynasty is about 100000.

Other servants live in the Forbidden City

There are plenty of beautiful girls selected from all over the country, only very few get the favor of the emperors became concubine. And some of them as gifts of the emperor to the high officials.  Most of them had to work as palaces maids in the end. If they couldn’t become a concubine, they had to be sent home after 25 years old.

Ming Dynasty is very strict with the lineal primogeniture system. The successor order: 1. the son born by the queen. 2. the oldest son from other concubines. 3. the younger brother.

The Qing Dynasty uses the family election system to choose the King at the beginning of the empire. Such as the emperor Shunzi and Kangxi. Emperor Kangxi chang the legitimize rule to the lineal primogeniture system. But the crown prince made a lot of mistakes and he finally decided to dismiss him. So the Secret appointment system comes into being. The emperor just pointed out the son he likes to be the successor. But this can make a lot of problems if the emperor died without choosing anyone.

So emperor Qianling makes a formal instruction. The Emperor will write down the name of the successor on 2 papers and put them in 2 boxes, one put in his bedroom while another put on the top of his office. So no one knows the name of the next emperor. After the emperor died, the high officials take 2 of these boxes out to announce the next successor.

who lives in the forbidden city today?

There is no imperial family in China now. Only the firefighters live at the east palace gate and some security guards live inside the Forbidden City.

Do you like the facts that I shared here? Please let me know any of your suggestions or questions.