Overview of the Forbidden City 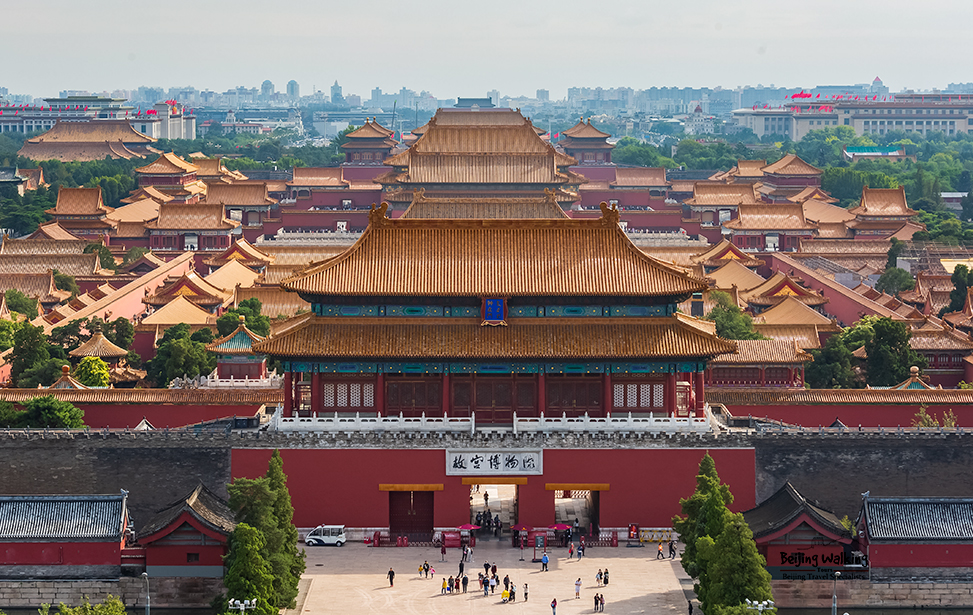 The full name of the forbidden city is “Purple Forbidden City” In the old days, emperors held supreme power so their residence was certainly a forbidden place. Purple was the symbolic color of the north star, and also traditionally stood for nobility and dignity in China, so the palace was believed to be the center of the cosmos. The forbidden city was built by the 3rd Ming Emperor Yongle in 1406. It took 16 years to finish. 1 million artisans and works were used for this huge project. In 1421, the capital of the Ming Dynasty was moved from Nanjing to Beijing. Since then, 24 emperors have resided here. Fourteen of them were Ming emperors and the other 10 were Qing emperors.

The bridges are arrows

There are a lot of Fengshui sayings in China. The emperor especially likes it. When we go inside the Forbidden City, we will first get to a beautiful bridge which is called the golden water bridge.

I asked other people what does this look like, some of them told me, a drog? Snake? Whatever…

Actually the design of the bridge looks like an arrow bows with arrows.

The bridges are the arrows.

This design is an example of Chinese Fengshui to protect the master who lives inside.

But another explanation is from confusion philosophy.

There are 5 elements: Benevolence, Righteousness, courtesy, wisdom, and trust in confusion.

The emperor wants to shot these 5 meaningful arrows to people in his kingdom.