The Ture Story of “Why was the Great Wall of China built?” Not only for enemies

When we learn the Great Wall story, you may hear that it is for the Chinese to defend themselves from the Mongolians. But why we need to take such a big effort to make such a long wall? There are 2 questions I want to discuss here:

1. We can just use some of the high mountains to keep the enemies out, is it really necessary to build an extra wall on the mountains?

2. The Great Wall is super long, some of the walls in the grassland are really easy to cross for a strong army. If the enemies really cross the wall, the whole Great Wall looks useless. 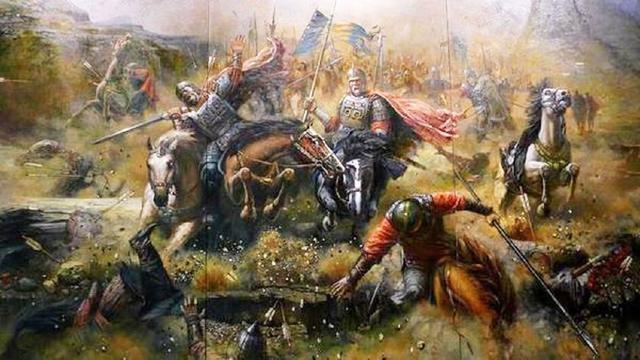 The Huns were nomadic warriors who terrorized much of Europe and the Roman Empire in the 4th and 5th centuries A.D. They were impressive horsemen best known for their astounding military achievements. Before they did that, the Huns were growing up in the grassland in north China. The tough environment gives birth to a fierce and cruel army. They are small people, but with great horse and archer skills. The easy way to get food if they have a bad year is rob. So they come to the south to kill and rob the farmers very often.

The Wall is a boundary between farmers and nomads. Before the whole wall was built, China was divided into 7 kingdoms, the emperor from the Qin kingdom united them together. This war last for centuries. The Qin became the strongest and beat all their enemies. The first emperor of the Qin Dynasty is called Shi Huangdi (秦始皇).

Why the Shi Huangdi need a long wall?

After Shi Huangdi united the 7 kingdoms together, he wants to conquer the whole world. Especially the Huns who had fought for centuries with Qin and other kingdoms. It was not an easy job, even though the Qin generals won a lot of battles in the beginning.

Meng Tian who was Shi Huangdi’s favorite general killed 400000 Huns army in 213 BC. But they didn’t stop and keep going to chase after and kill the Huns. But the army had to turn back because they run out of supplies and the Huns are hard to find at the grassland. They don’t even have a stable home as they usually live in the yurt, it is easy for them to move.

This war cost a lot and get almost nothing payback since the Huns turn back very soon when the Qin army turns back. So make the Great Wall keep the Huns out of the country was the best choice. And there were some sections of the wall were done by the Qi, Yan kingdoms before Qin united this country. 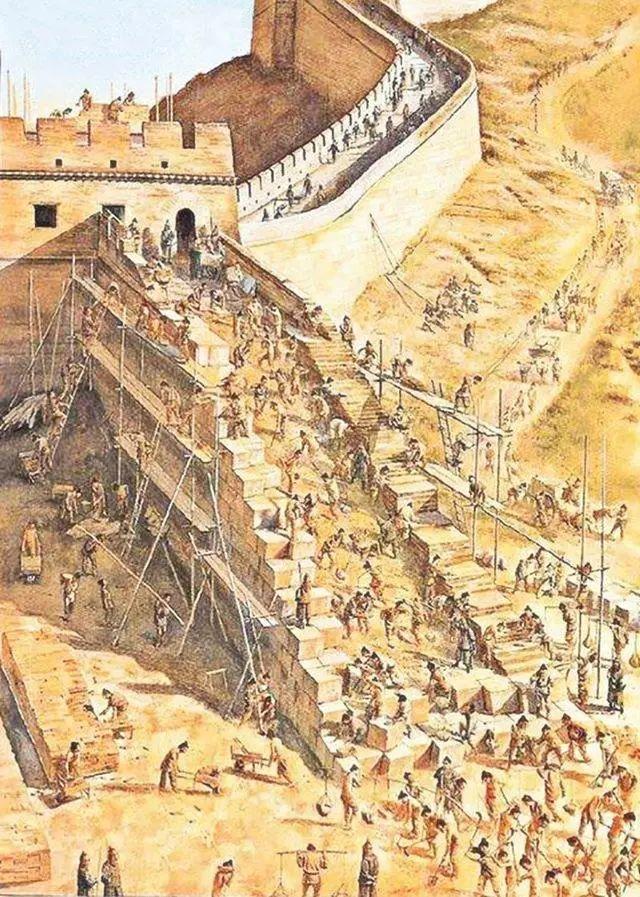 What a big project!

Someone says there were over 1 million people who die during this project. There are very few words in the history book to register this project, except the general Meng Tian who lead 300000 soldiers to fight with the Huns, and he is the same person who leads the Great Wall project. We can’t know how many people worked on this, but there is something else that can let you know this project. 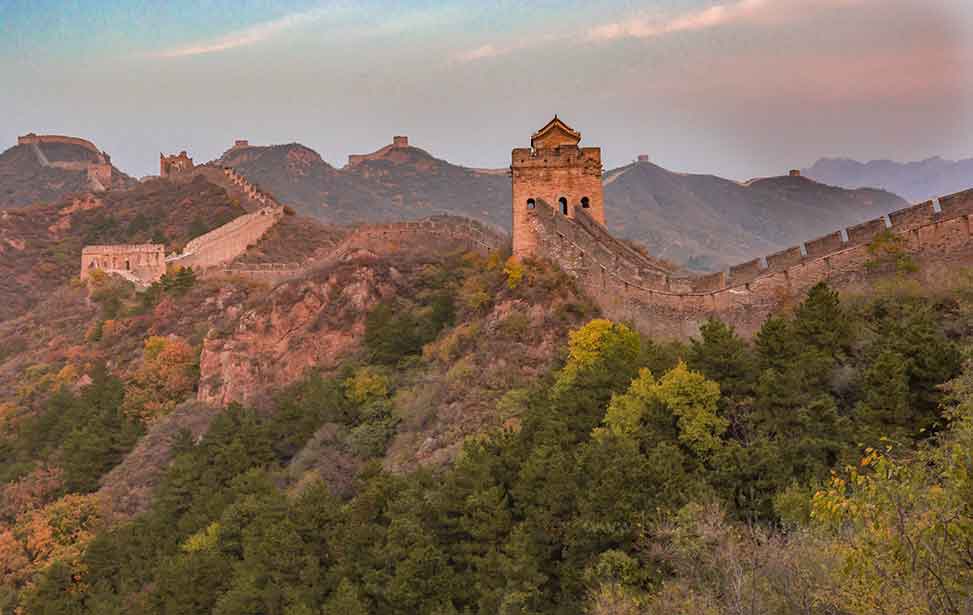 1. The Qin Great Wall is not long

The wall was starting to build from hundreds of years ago before Qin Shihuang to defense the Huns. The Qin emperor only united the wall in the north part of China.

2. The Qin Dynasty was built the Great Wall in a short time.

The Qin Great Wall starts in 215BC, but the Shi Huangdi died in 210 BC and the Qin was turned over in 207BC. It is impossible to build the Great Wall like what we see today under the technologies at that time in less than 10 years.

3. There was not the only huge project at the same time

Shi Huangdi was an ambitious guy,   he built the Great Wall want his offsprings away from the tough enemies. But he also wants to enjoy his life, so he called 700000 works to build his palace and his tomb which we know is the terracotta warriors.

4. The number of death is smaller than a real war

The people may die because of hunger, disease and tired hard work, but it is still less than a war.

5. The Great Wall is not a must at that moment, there are more important things to do

As we know that Meng Tian killed 400000 Huns army, so the enemies need a long time to recover, even though they still fear to come to rob. 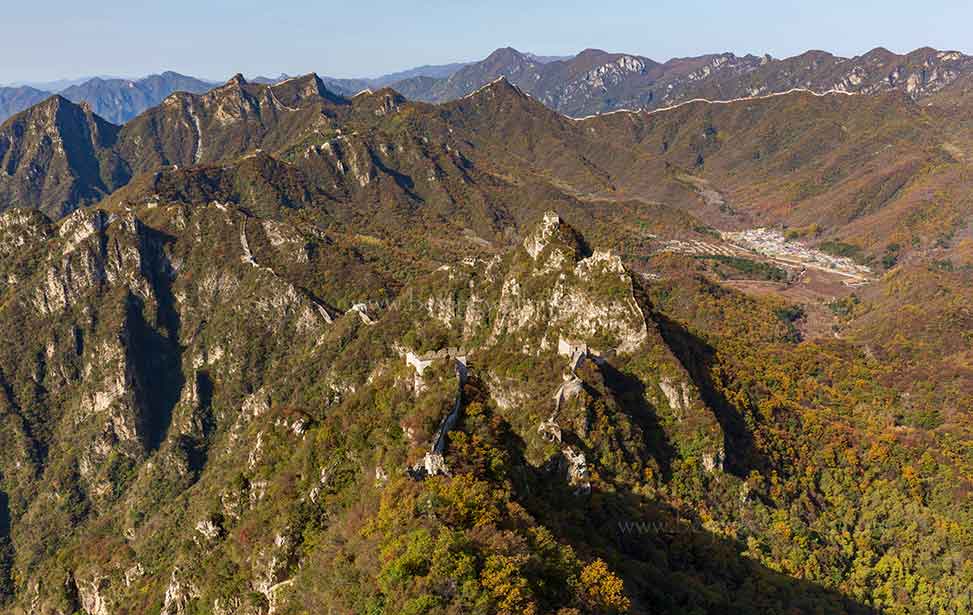 After we get some of the information of the Great Wall, let’s talk about the 2 questions:

1. We can just use some of the high mountains to keep the enemies out, is it really necessary to build an extra wall on the mountains?

The Great Wall was not only for defense, but it was also a strong military camp which connects all the fortress together. It is easy to transfer food and soldiers.

2. The Great Wall is super long, some of the walls in the grassland are really easy to cross for a strong army. If the enemies really cross the wall, the whole Great Wall looks useless.

There are many watchtowers with firewood if the enemies invited, the soldiers can light up the fire to send information to the fortress and ask help. This makes us know when and where the enemies came. So it is not necessary to keep a big number of soldiers, but let them farming and come to fight when there is a signal from the wall.