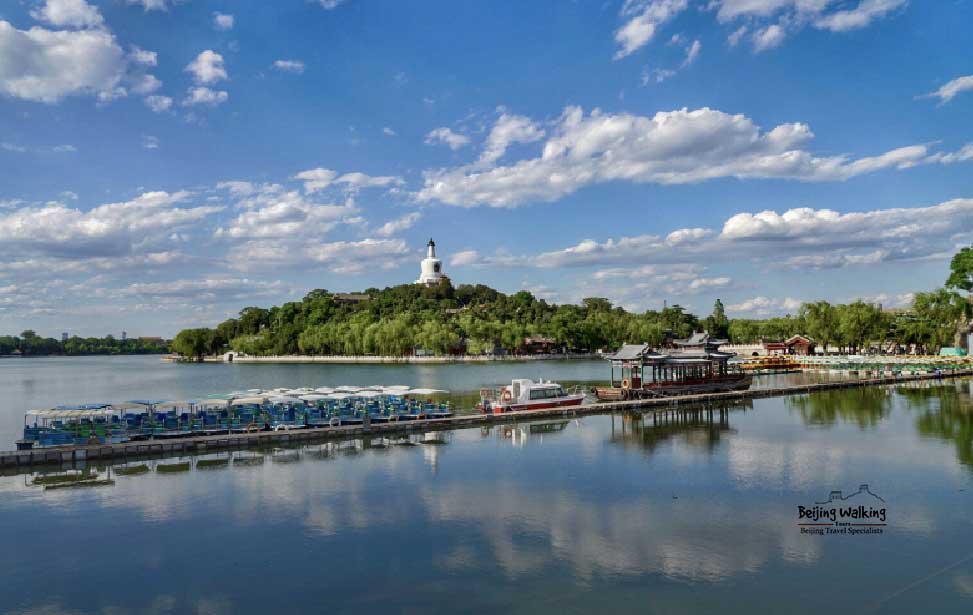 Off Season: 1st November to 31 March 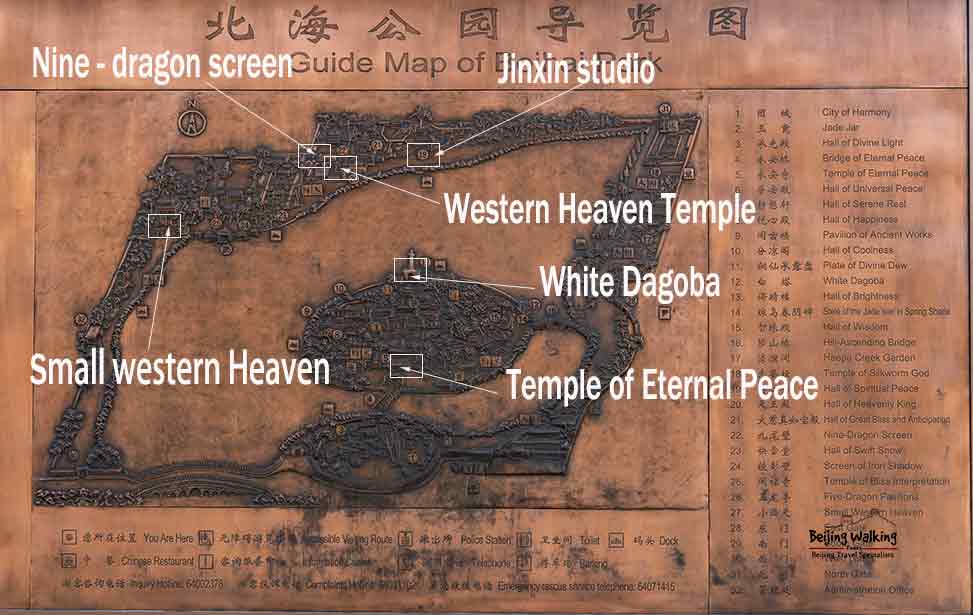 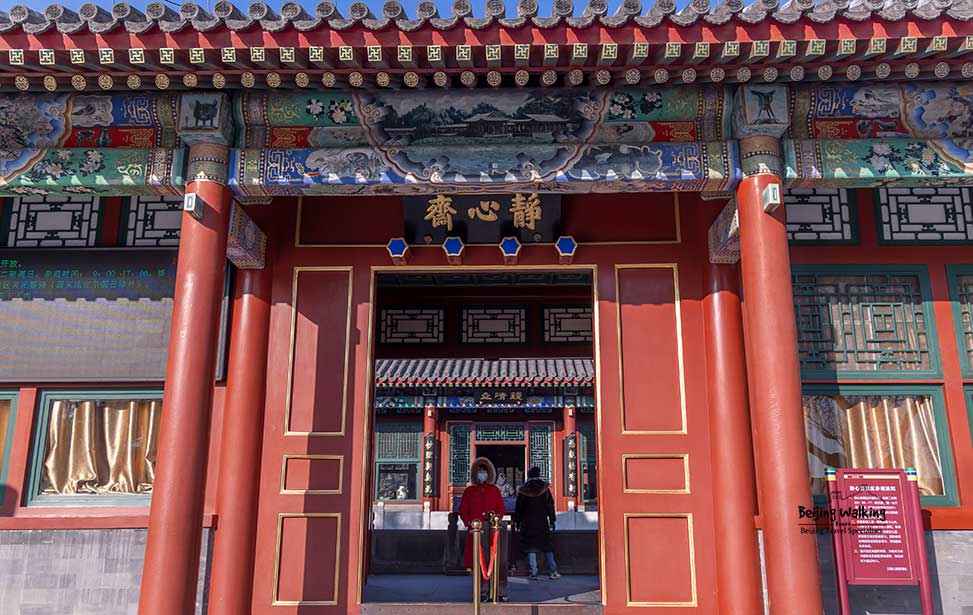 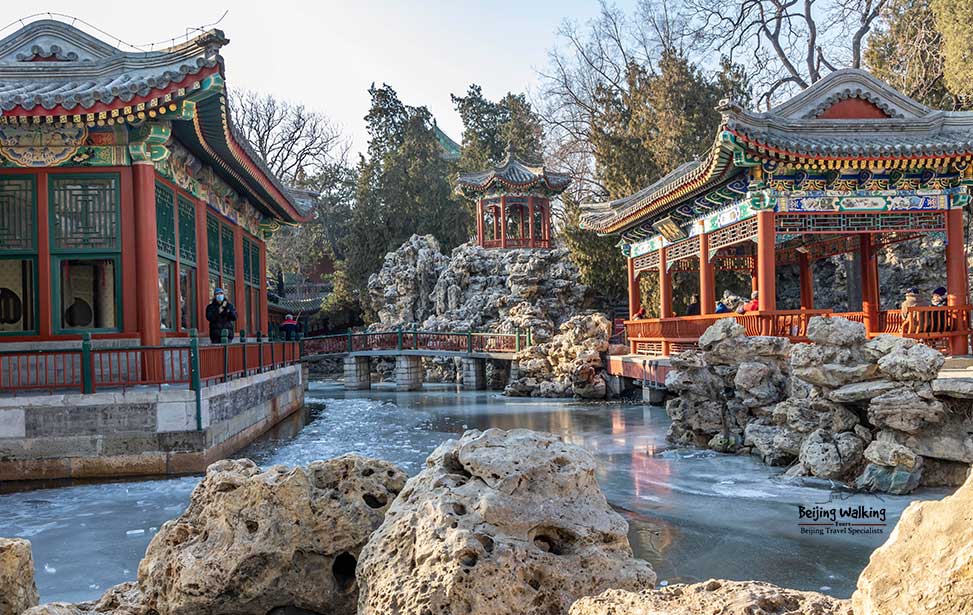 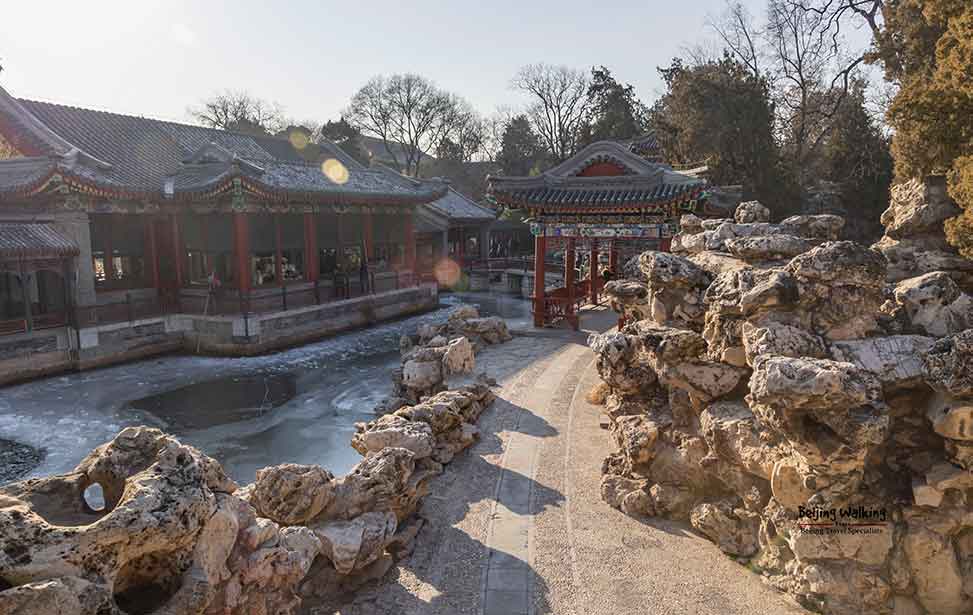 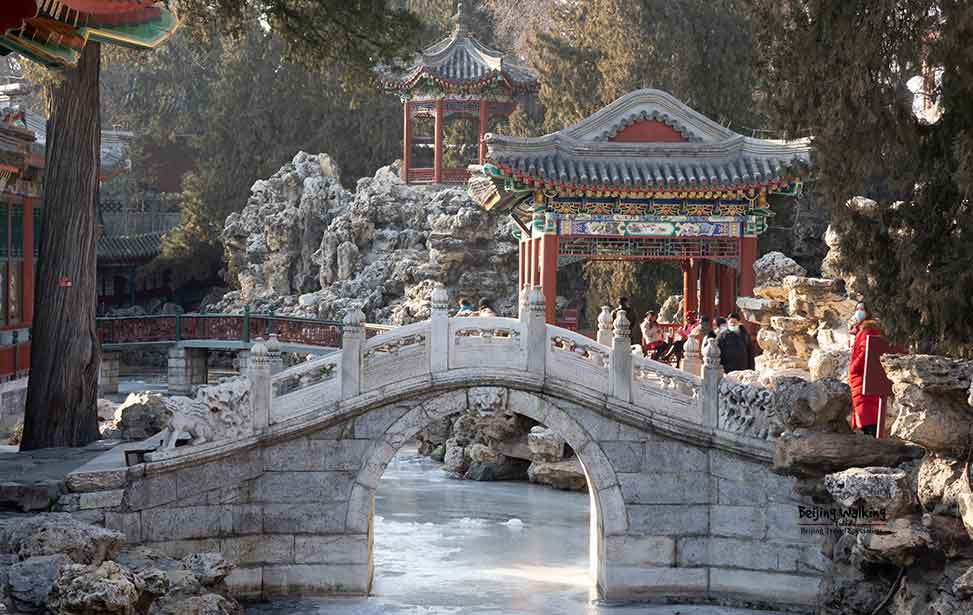 It was built in 1758. It is an excellent example of the royal garden model. In this quiet, exquisite, ingeniously designed garden with Beihai Park, rockeries from Lake Taihu nicely offset the pavilions, terraces, belvederes, and other structures. 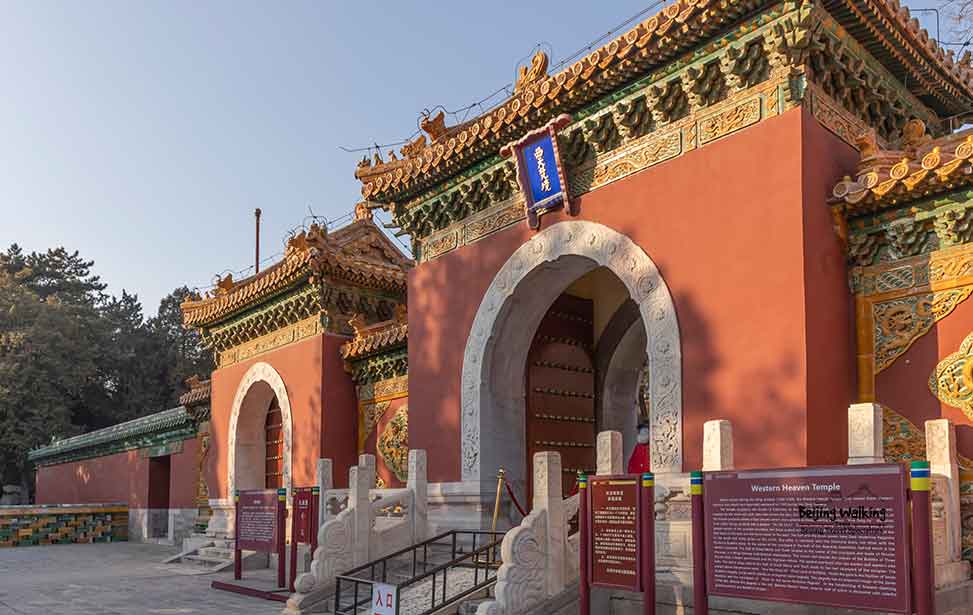 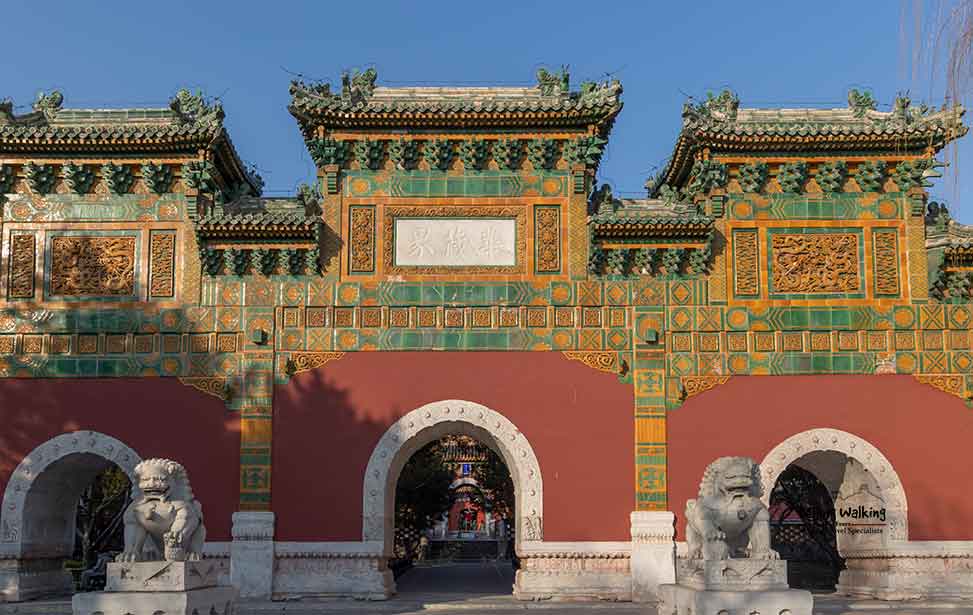 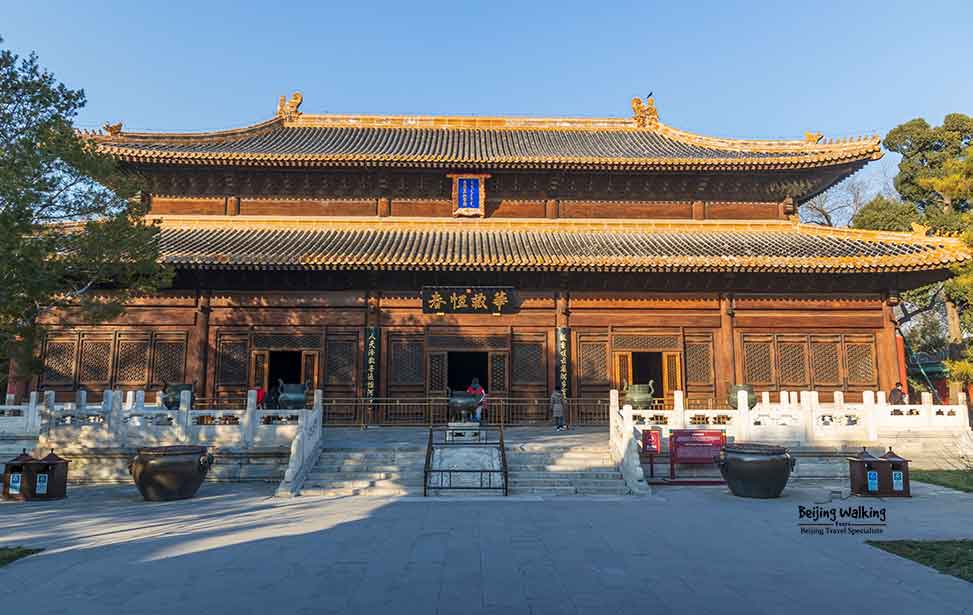 Hall of Great Mercy and Truth 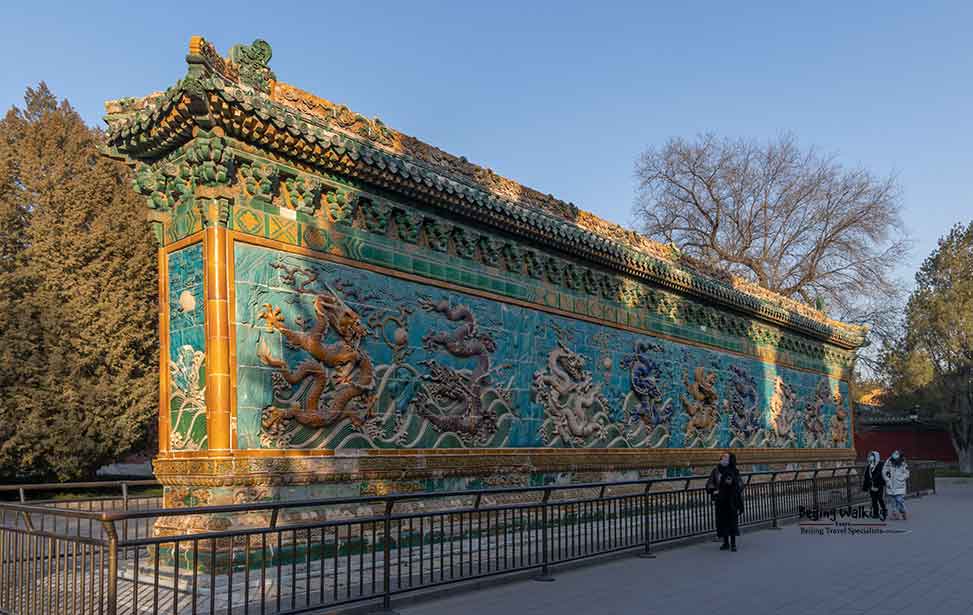 The Western Heaven Temple (also named Great Western Heaven) was rebuilt and expanded westward in 1759 during the Qing Dynasty. The center of the temple is the Hall of Great Mercy and Truth which is made of real sandalwood which is a Ming Dynasty architectural masterpiece. This brown hall houses the statues of the buddha of three worlds ( Past, Present, and Future) and eighteen Arhats.

To the west side of the hall of Great Mercy and Truth is the nine-dragon screen. There are 3 pieces in the world, one is in the Forbidden City, one here and another one is in Shanxi Datong. 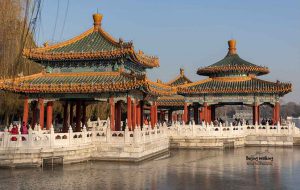 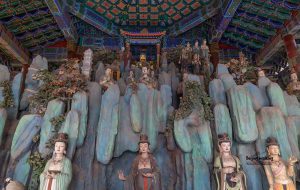 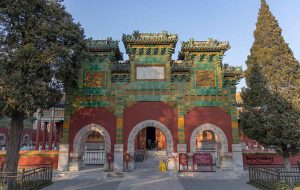 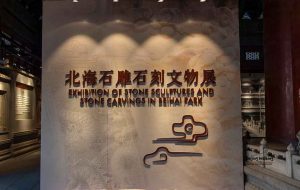 Emperor Qianlong built Minor Western Heaven (xiaoxitian), a two-year construction project (1768-1770), to honor his mother’s birthday and to pray for her happiness and longevity. The core structure “Land of extreme Happiness”, covering an area of 1200 square meters with a 13.5- meter transverse beam. is the largest palatial hall in the style of the square pavilion in China. Inside the hall is a clay sculpture of Mount Putuo with 226 statues of Arhats on the hill and ocean waves painted at the foot of the hill. 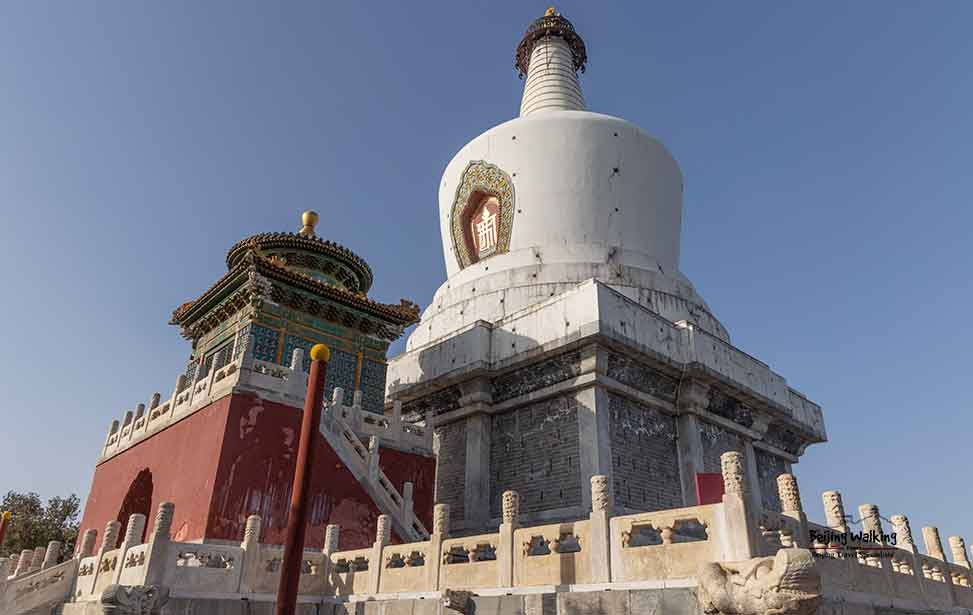 Erected in 1651, the eighth year of Emperor Shun Zhi of the Qing, the Dagoba stands 35.9 meters high. The top is made up of a heavenly plate and an earthly plate of copper material with sun and moon flames. There are 16 bronze bells hanging around. 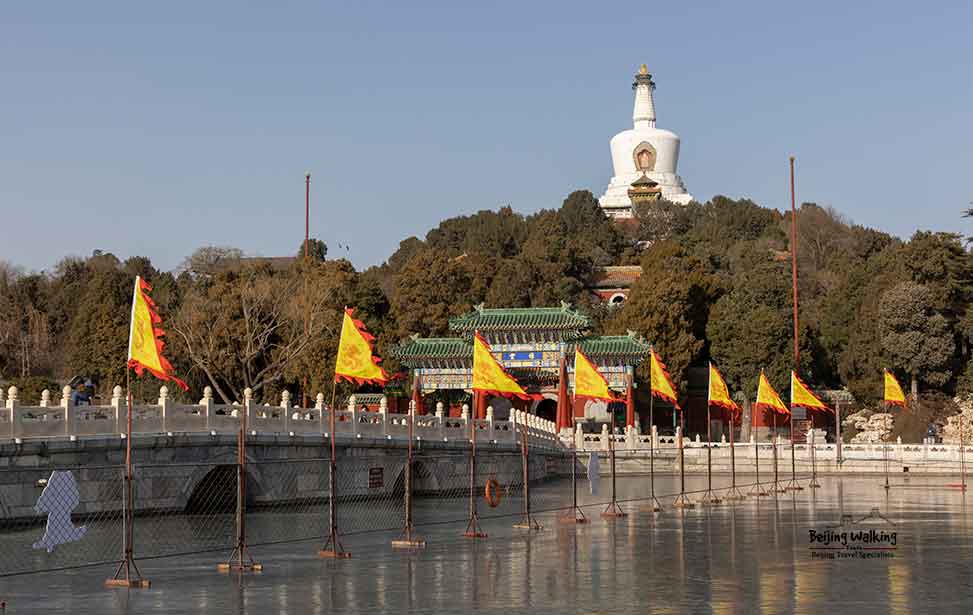 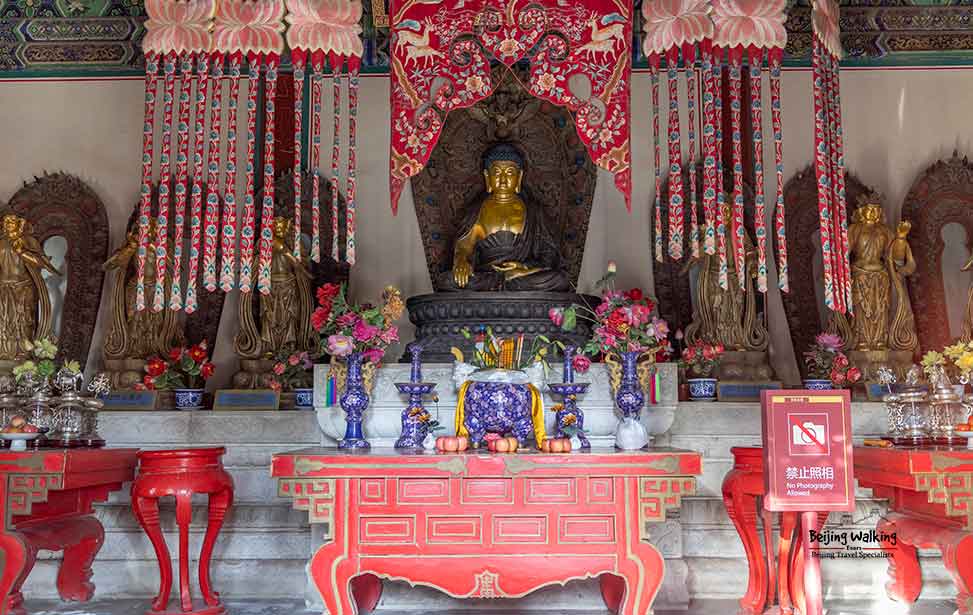 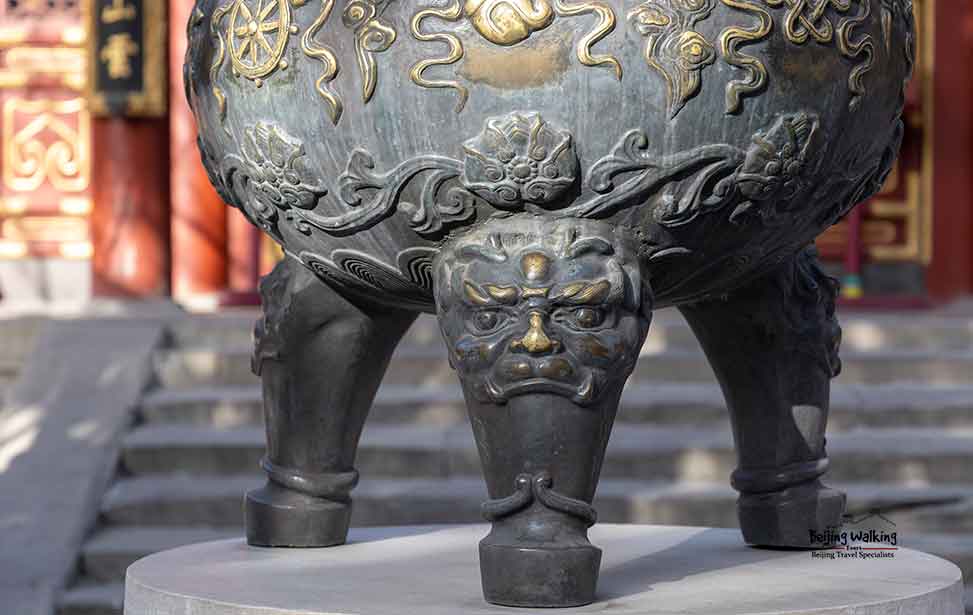 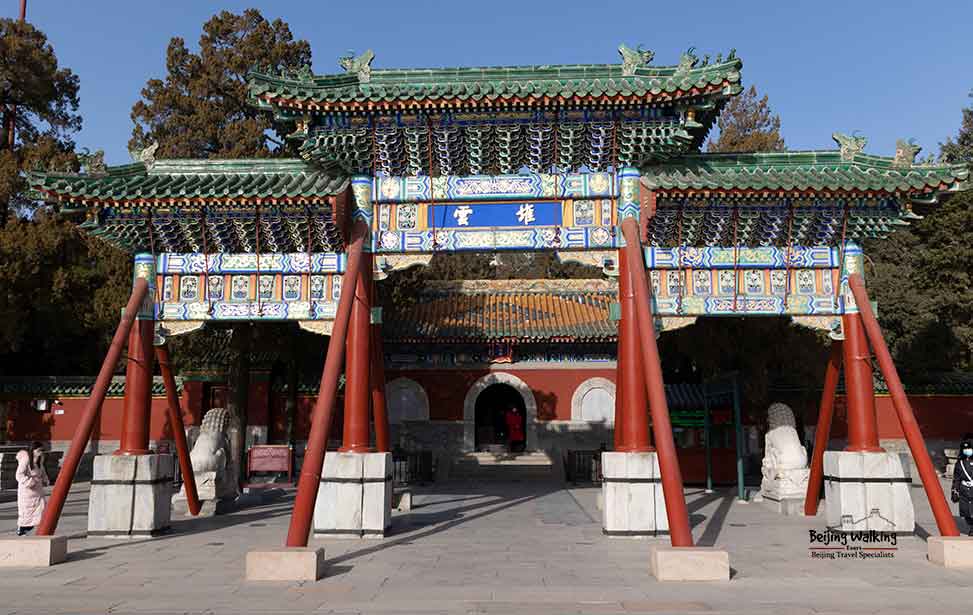 Temple of Eternal Peace is situated at the southern edge of White Dagoba hill. Originally built in 1651 by Emperor Shun Zhi. The emperor respected Tibetan Lama Nuomenhan and thus acting up to the Lama’s proposal, the Lama Temple and White Dagoba were built on the detour of the hill.

Can I visit Beihai Park at night? 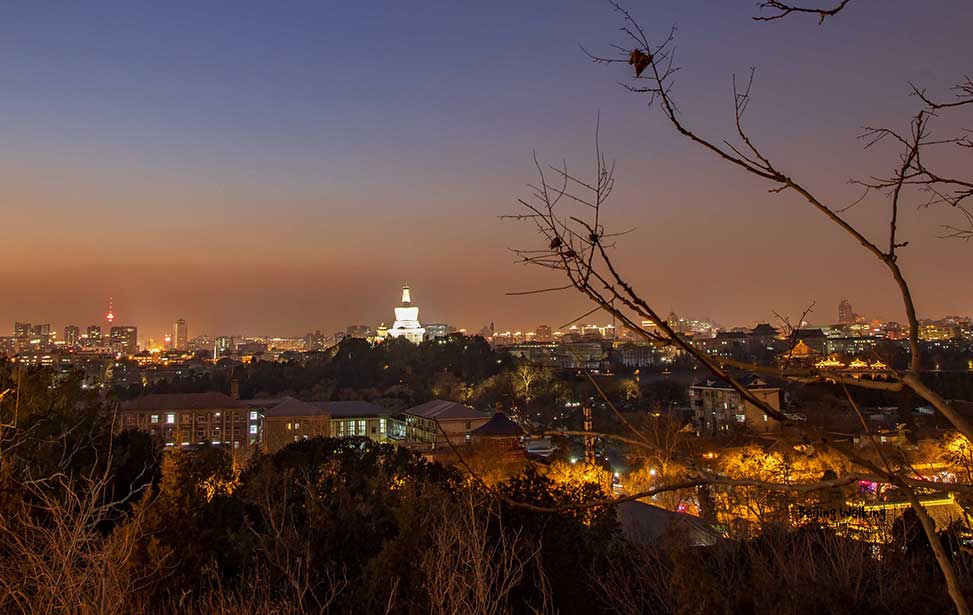 Beihai Park close late, so it is a great place to do an evening walk.

2. When is the skating rink open and the price?

It is usually 2 days before the new year’s day. 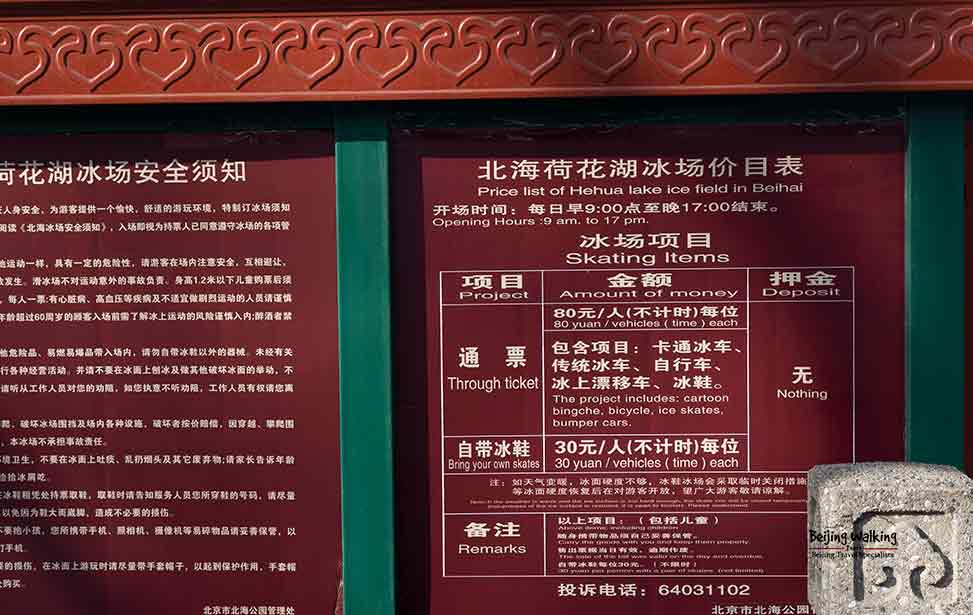 3. Is the imperial restaurant open?