Why there are 9999.5 rooms in the Forbidden City? Where is the half room?

The Forbidden City is the palace for Chinese emperors in Ming and Qing dynasties. There are 99999.5 rooms inside. Why there is a half room? Where is it and how it looks like? 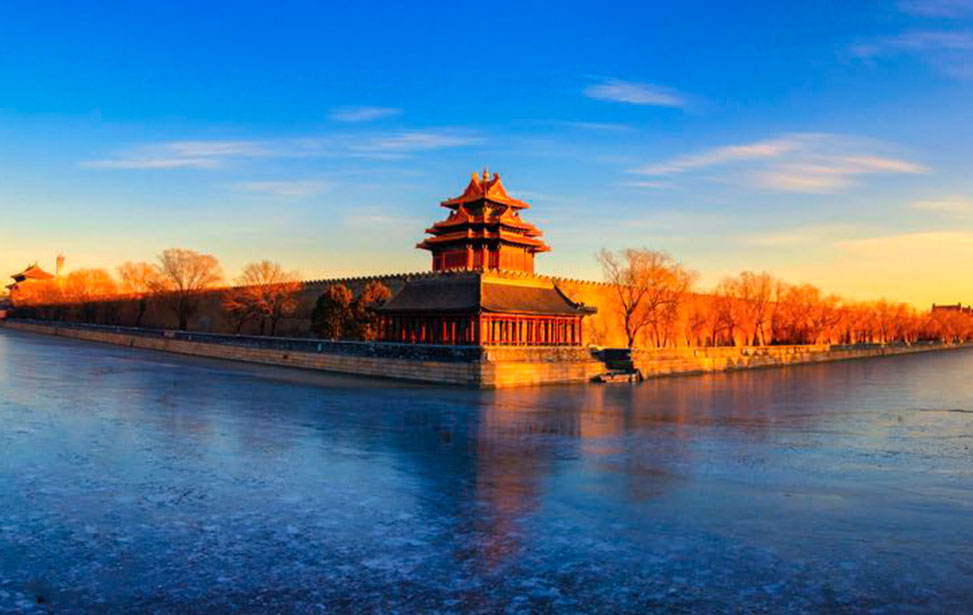 The design of the Forbidden City is based on Taoism religion. The god is called the Jade emperor who lived in the north star. His palace has 10000 rooms. The emperor on earth is his son who was sent to help him to rule the world. So the Chinese emperor decides to make his palace with 99999.5 rooms.

But after people counted one by one, there are only over 8000 rooms here. Wow, this may make a lot of work to death by cheating the emperor, but I think it is the way they measure the rooms. People count it 1 room with 4 pillars in the old days so that makes it different than today.

Why they make the half room?

There are so many unique books in the building and if it was catch fire, it would be a great loss, so all the designing had to antifire.

Chinese believe 6 elements and for the old saying (天一生水，地六成之) 6 is born by water. So it is very important to have 6 rooms to antifire. But it is not good to have a room with a complete 6 rooms, so the artists design 1 small room for stairs up and down, it is only half the size of a room.

One more thing you may notice is the roof of the building is black. Black belongs to water in 5 elements, so it is also for antifire.

What book is it inside to make it so important?

This book has 4 copies and stored at 4 imperial palaces all over this country. The other 3 are all destroyed during the wall. The one in Forbidden City is the only one been preserved.

It is stored in the palace museum in Taiwan because of historical reasons.