I have heard these stories when I was 3 or 4 years old. These stories are so classic that make me really want to share. Have you heard of these stories? Or you have other ideas, please share them with us. 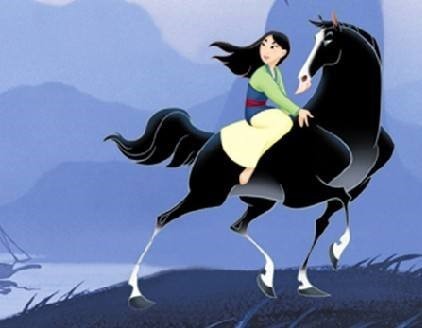 1500 years ago, Mulan is a girl living in the North Wei Kingdom. In the north of China, people like practicing a martial art. When she is young, her father trains her as a boy. She practices this day by day, and reads her father’s old books of “art of war”. Finally, she is good at riding a horse, shooting arrows, and using weapons.

During that time, Mulan’s kingdom is always invaded by the nomadic tribe, so the government orders every family to provide a man as a soldier. However, in her family, her father is too old and her brothers are too young, so she determines to be the soldier for battle instead of her father.

Fighting in the war is so tough. Moreover, she needs to hide her female identity and fight with her fellows. She fights so bravely and skillfully, so all of the other soldiers respect her, and honor her as a hero.

After the war, the government grants her to be a general. She refuses because she wants to go back home and looks after her parents. When she returns home, she takes off the man’s clothes and makes up, and all of her fellows are so surprised that she is a pretty girl. 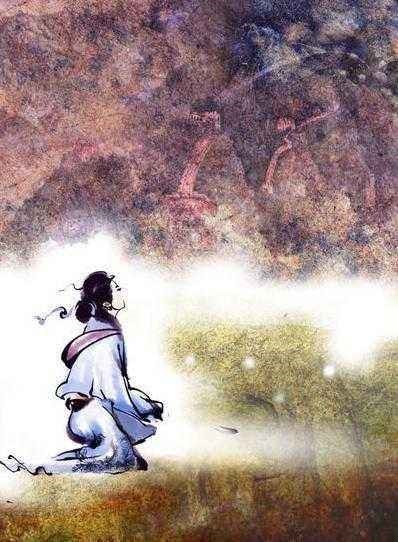 More than 2000 years ago, there is a couple, Fan Xiliang and Meng Jiangnu, get married. During their wedding day, the government comes to their home and takes Fan away, for the labor force of building the Great Wall.

Meng loves her husband so much, so she overcomes so much difficulty and finally finds part of the Great Wall where her husband worked. At the same time, she hears the bad news that her husband is dead because of exhaustion to build the Great Wall. She is so desperate and cries for three days on the Wall. Suddenly, the Wall collapses 800 kilometers, and she can see her husband’s bones.

The first emperor in Chinese history, Qinshihuang, hears that and feels very angry, so he captures Meng and brings her to see him. When the emperor sees her, he finds her look very beautiful, so the emperor wants her to be his concubine. Meng agrees with him, but with three conditions, which are, to build a huge bridge between the Wall and the sea, to build a tomb for burying her husband, and to hold a memorial ceremony for her husband.

The emperor achieves all of her conditions, and then he demands Meng to be his concubine, Meng cries, “You are too greedy for your people! I will never be your girl!” Carrying with the box of her husband’s bones, she jumps into the sea and commits suicide.

3. The Story of a Pair of Butterfly Lovers 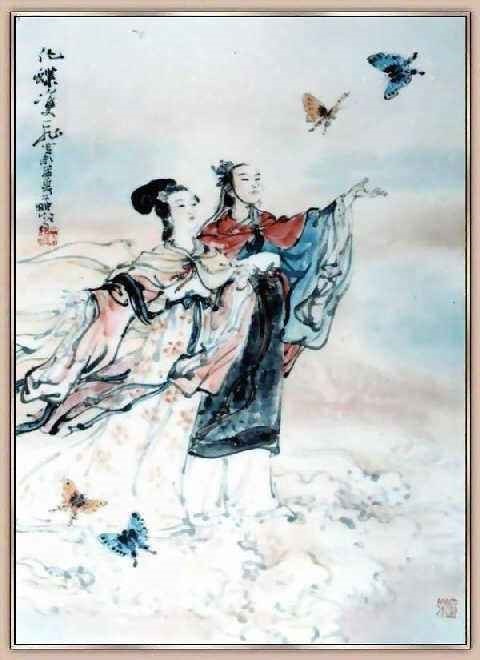 A long time ago, there is a 16-year-old girl called Zhu Yingtai. She wants to study in school, but in ancient China, the female is not allowed to go to school. So Zhu gets an idea, she put on man’s clothes and pretends to be a boy, and goes to study.

During the three years she studies in the school, she falls in love with a classmate, Liang Shanbo. However, Liang has never recognized she is a girl and treats her like a very good fellow. After these 3 years, she goes back home, her father wants to marry her to a rich official, called Ma Wencai.  But she refuses and tells her father she loves someone else. Her father is very angry, so he locks her daughter at home for a long time.

After Liang hearing Zhu is a girl and loves him so much, he comes to her home and wants to see Zhu, but her father refuses. At her home, they can only see each other outside and upstairs. When Liang goes back home, he is too upset, and gets a disease and dies.

After more than 1000 years, this true love story has never been forgotten, so classical music called “Liang Shanbo and Zhu Yingtai” is composed by musician, the melody is widespread in China for hundreds of years. 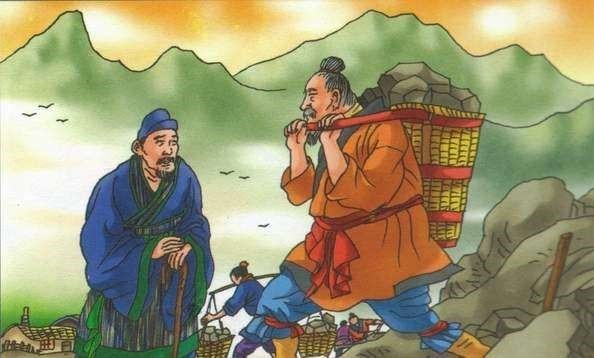 In ancient China, there is an old man called Mr. Stupid, while in front of his house, there are two great mountains, Taihang and Wangwu. He thinks the two mountains are terrible barriers for people’s traveling. So he assembles his family members to carry the earth and rock of the two mountains away, for moving these two mountains to elsewhere.

Mr. Clever comes to see Mr. Stupid and says, “You are so stupid, you are old, how many mountains can you carry away on the basis of your family’s energy?” Mr. Stupid reply, “I have sons, my sons have grandsons, all of us will carry it from generation to generation, but the mountain never grows. Why will it not be achieved?” Mr. Clever has no idea to reply.

Finally, the God sees that and he is moved by the spirit, he moves Mountain Taihang and Wangwu away by his mighty power.

5. Chang E Flying to the Moon 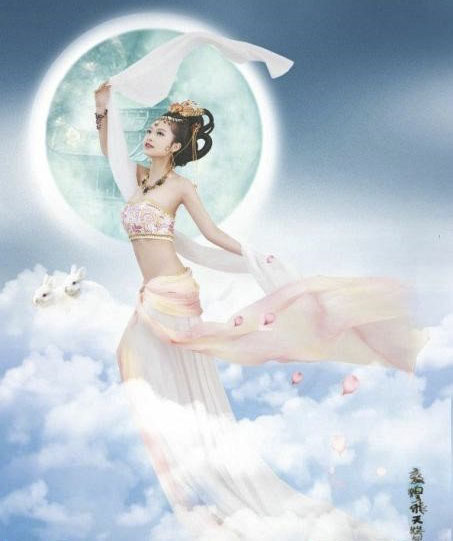 In ancient times, there are 10 suns in the sky, so the land is extremely hot. There is a God, Hou Yi, he shoots arrows to 9 of them, so only one sun left in the sky, then the land turns to normal. So people look up to him so much.

Hou Yi’s wife, Chang E, is a pretty and kind girl, who usually relieves poor people, so all people like her so much. Hou Yi has an elixir, who eats it will never die. A student of Hou Yi, who is called Feng Meng, wants to get this elixir. After Hou Yi has left home, he asks Chang E for this elixir. At that moment, Chang E makes sure that she cannot escape, so she eats this elixir for avoiding it goes to Feng’s hands.

After eating it, Chang begins to fly, and she flies across the window and to the moon. When Hou Yi goes back home, he sees his wife is smiling at him and holding a rabbit on the moon, but he could never take her back.

From then on, every Mid-Autumn Day, Chinese people all go back home to meet their family members and go out to see the full moon, for the sake of Hou Yi and Chang E’s story. And all of the people eat Chang E’s favorite food, the Moon Cake, to remind her husband and her as heroes.